Loads of stuff that looked okay/good. Really bad pacing. But Anthem happened and got a confirmed release date of February 22, 2019 so its all okayish.

EA’s showcase may have been hindered by some hard switches between themes and a lot of weird pacing, but the end of the show delivered giving a lot of in depth background on Bioware’s “Anthem” the newest entry to the shared world shooter race. EA’s CEO Andrew Wilson also took to the stage to announce Origin Access Premier, an increased subscription model that allows players on PC to play games as soon as they release, as well as gives them access to the EA Vault. He finished off his talk with an announcement that EA would be focusing on cloud gaming in the future. 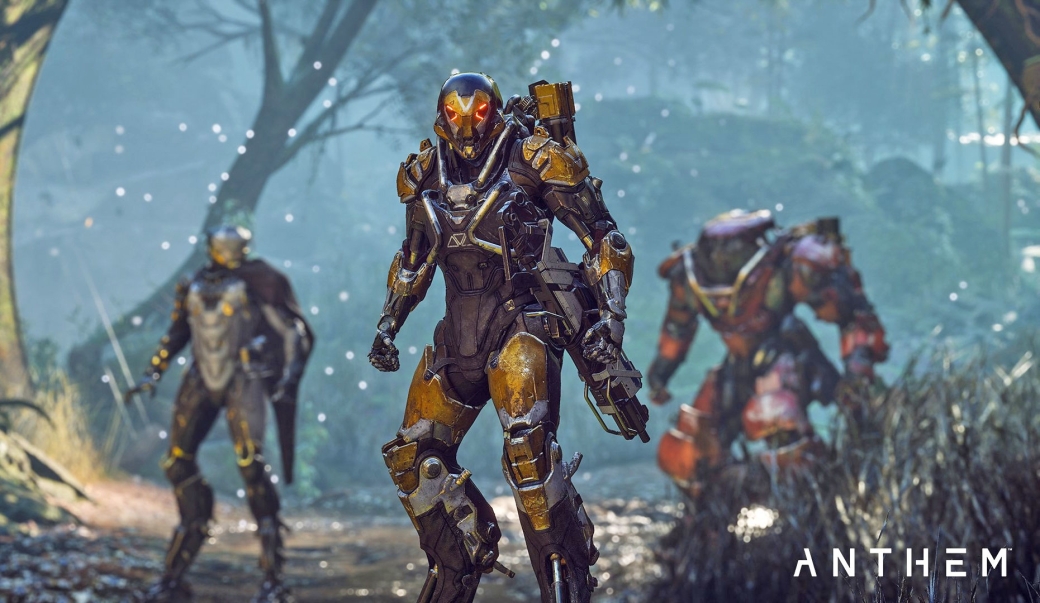 Anthem is set in a world “left half finished by the gods.” Fort Tarsis is the last city and home to the player and the last of humanity (Sounds similar to.. cough cough Destiny). The player is a “freelancer” who controls a mech suit called a Javelin (which means the player can switch between the 4 styles every time they return to base). The developers announced the titles of all four of the Javelins, but only gave info on two.

Ranger: The Ranger was described as a “more generalized suit, suited for close combat specifically in a 1v1 situation.”

Colossus: The colossus looks like the tank unit of the Javelins. It showed off a shield ability, and the developers said it would be in control of most of the heavy weapons.

Storm: Bioware has been more tightlipped on this Javelin, but it seems this will be more of a “Caster” type javelin if I had to guess. It moves around in a Magneto-esque bubble

Interceptor: This is the Javelin that has been talked about the least of the four, but from its longer legs and streamlined body style, I would guess this suit would be more nimble and fast paced than the others, relying on speed to avoid attacks.

The developers opened up somewhat about the story and world of Anthem as well. In an interview with IGN Game Director Jon Warner said the world was not connected to earth in anyway and doubled down saying the people are humans, but not earthlings. The “Shapers” (gods) left the world half finished, but also left behind their “tools.” The tools were supposed to work with something called the “Anthem of Creation” but left alone they are more at odds with the Anthem and constantly create chaos. Humanity is stuck behind the walls of Fort Tarsis, struggling to survive against the chaos caused by the Shapers tools.

Bioware is known for their story-telling ability, and according to them this game will be no different. The story components, for the most part housed inside Fort Tarsis, will be completely single-player, while the outside world is meant for co-op exploration with friends. Not to say that it won’t be explorable on its own, as the developers did confirm you can play the game solo, but it would be “a bit more challenging.”

The Developers from Respawn Entertainment made a short appearance at the event, confirming a Holiday 2019 release window as well as a title and timeframe for their upcoming single-player game. “Jedi: Fallen Order” will take place in the “dark times” for the Jedi order after Order 66

There wasn’t a whole lot of new information regarding Battlefield V at EA’s press conference, mainly some clarifications. The one big announcement was the inclusion of a Battle Royale mode, though no details about it were confirmed. The team doubled down on “no loot boxes, and no premium pass” as well as restating that all of the post-launch content will be free.

Gameplay-wise, they showed a new amount of destruction, with tanks being able to plow through walls of buildings, as well as moveable heavy equipment such as anti-air guns that will effect play styles and centralized points on the map. 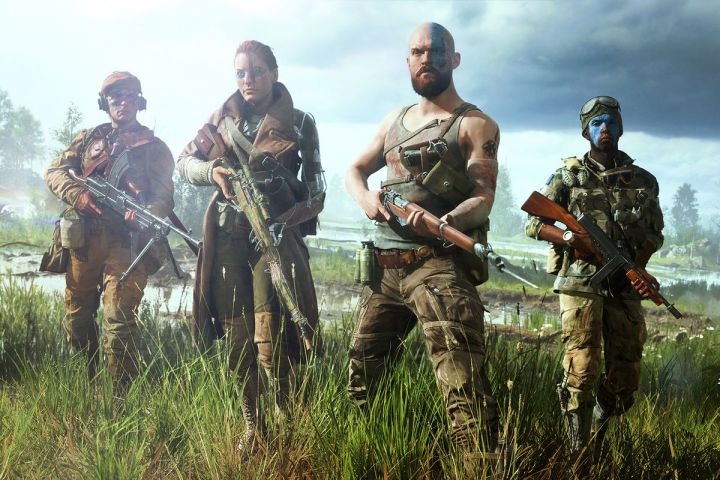 Some new announcements for the future of Star Wars Battlefront II were announced at the E3 stage that seemed pretty exciting. The game will be diving into the Clone Wars in the future, as well as adding new game modes “that include capturing command posts and assaulting capital ships.” Hopefully that means a return to the style of game in the original Star Wars Battlefront II.

Unraveled two was confirmed at EA’s conference, and Yarny will be joined by a blue version of him/herself bringing in completly new gameplay mechanics. The two characters are tethered by yarn. The game can be played either solo or in co-op, with the two characters essential to the gameplay.

The next EA Original title is Jo-Mei Games’ “Sea of Solitude.” The game focuses on loneliness as the player character turns into a monster from her loneliness, and the objective of the game is to figure out why and try to turn her back into a human. The art style for the game is very well designed, and from the look of the trailer this game is equal parts beautiful and terrifying. 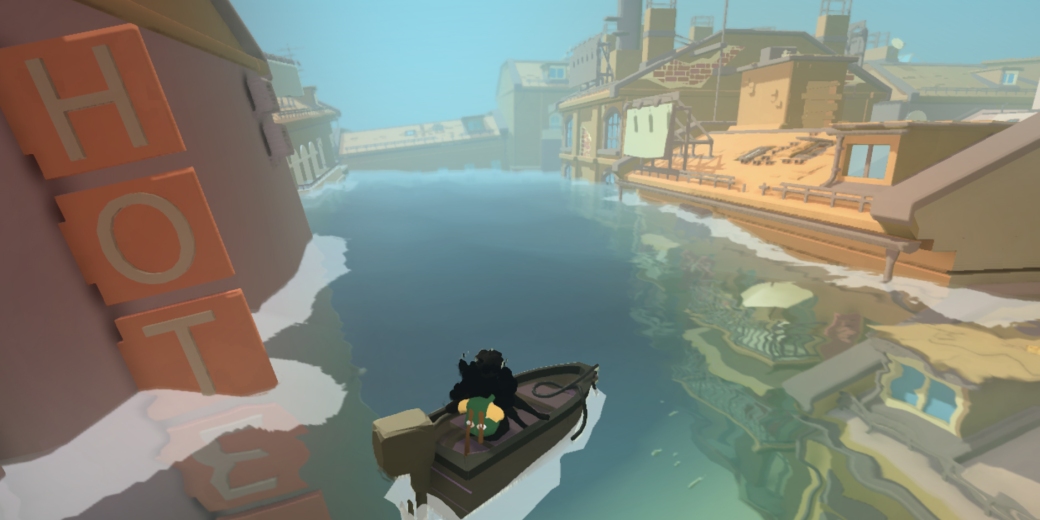 Fifa 19, Madden 19, and NBA Live 19 all got trailers in the conference, though the first two were the only ones with people on stage to talk about them. NBA Live 19 got the worst transition award, as the conference cut from the deep talk about loneliness in Sea of Solitude, directly to the fast paced action of NBA Live 19 completely breaking their pacing.

NFL 19’s stage presence was Juju Smith-Shuster as well as some person named “Young Kiv” who apparently won the 2018 Madden Bowl. His presence really didn’t do anything besides reinforce the idea that he was a jackass, so there wasn’t a whole lot to talk about here.

Fifa 19 had the most going on for it out of the EA Sports titles, and was probably full of cool announcements for people who cared about the franchise. The main inclusion in 19 is the arrival of the UEFA Champions League. They also announced that Fifa 18 would be getting World Cup specific challenges and unlocks during the event.

Well I saved the worst for last. Command and Conquer Rivals is a competitive mobile RTS. Yeah all of those words go together apparently. The game didn’t seem super great, as the playing field was small, and their was no Fog of War over your opponents actions making it more like chess than it is a real RTS game. They also played a really bad trailer with a cinematic battle that had some realllllllly hard cuts to actual mobile gameplay that was completely out of place.

Thats it for EA Play 2018! Check in all week long on Popcorn Culture for updates and reactions from all of the major press conferences!